It is always a pleasure to visit my friend's garden.
It is a real oasis for various shrubs, perennials and trees.
On a warm summer day the fragrance of many flowers fills the air. 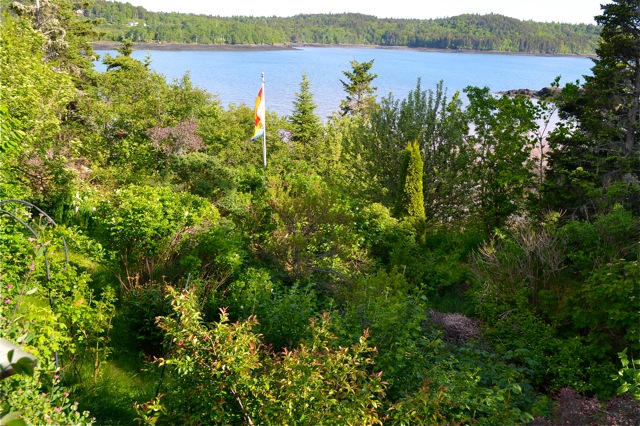 Today the scent of sweet lilac, honey scented roses and
peppery lupines was prevalent.
Too bad that there is no possibility to bring that online.

But the photos may give you an idea. 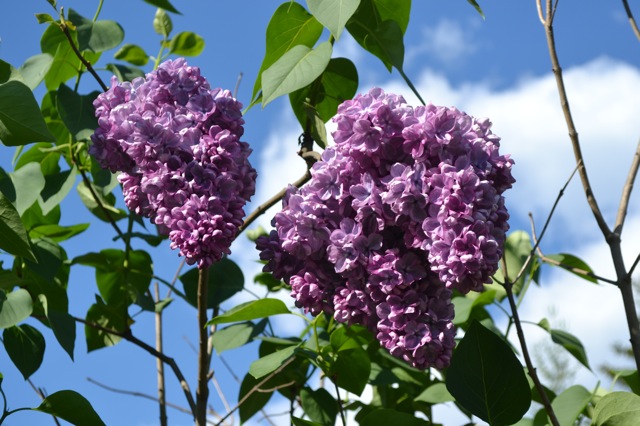 The double filled lilac heads are big like grapes
and so heavy that they are hanging upside down. 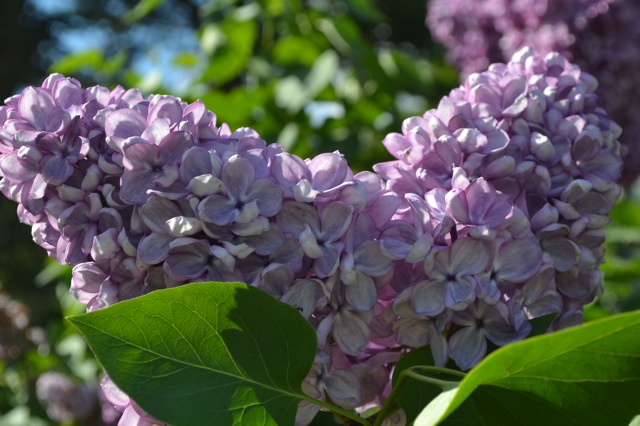 These tall, Bearded Iris' flowers are the size of my hand. 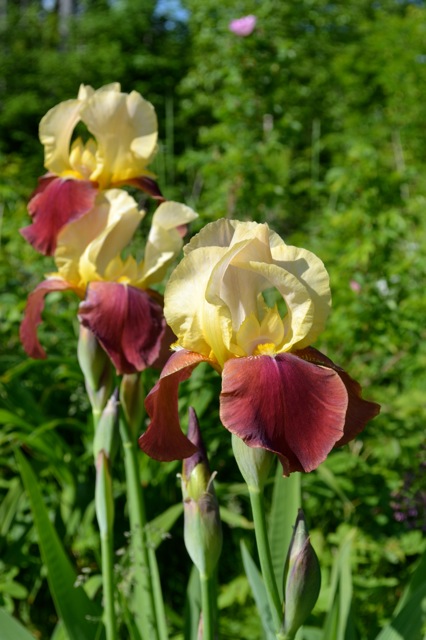 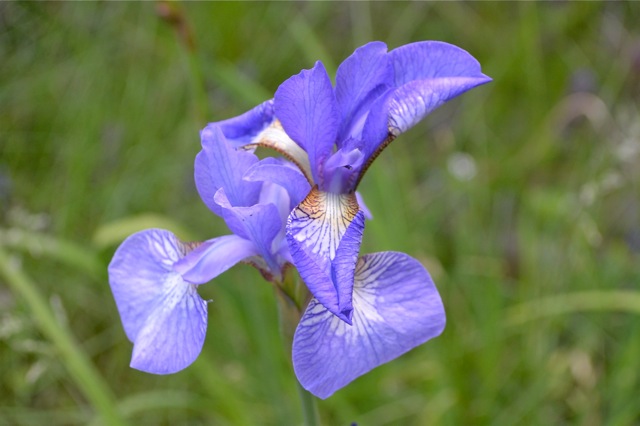 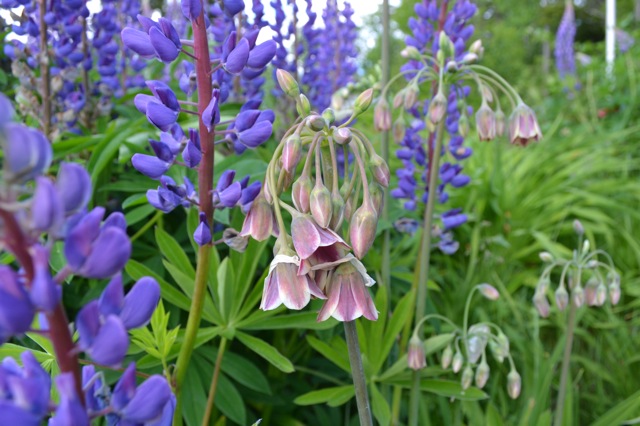 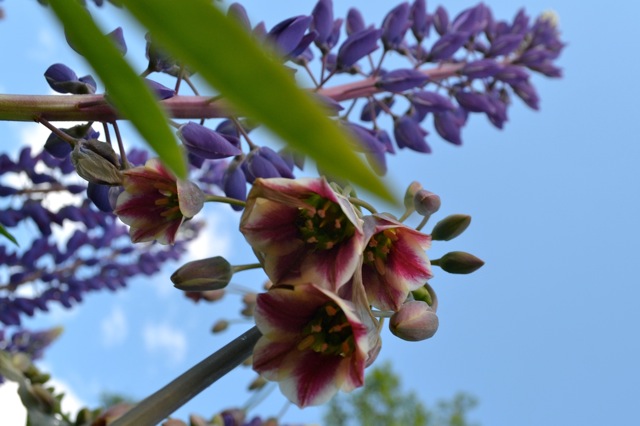 Beautiful wild lupines, banned as noxious weeds in many places,
but not on this island.
June is the time for Lupines. 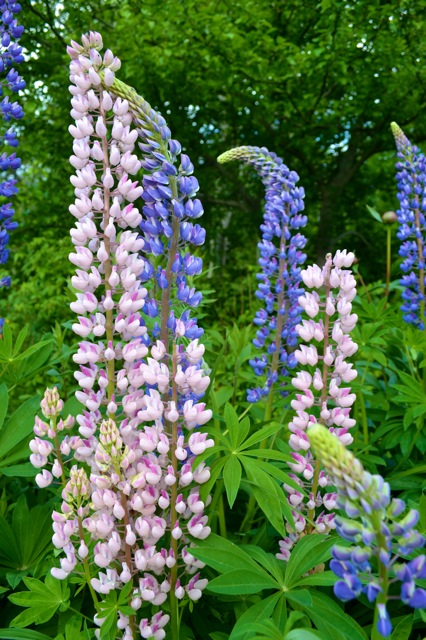 I especially like the pink ones with the red "banner".
When I planted some in my garden they all turned out blue. Hopefully I will get some pink ones over time. One never knows. 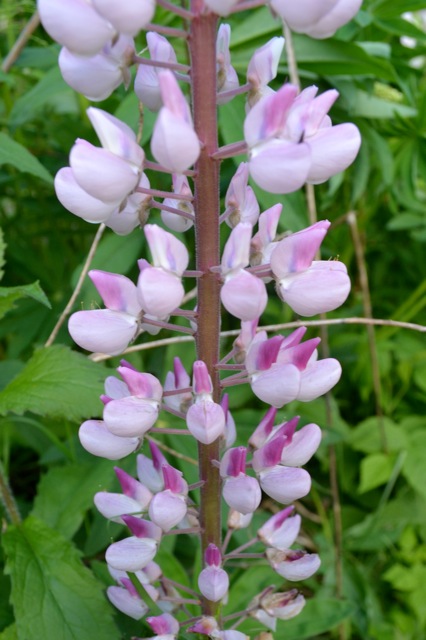 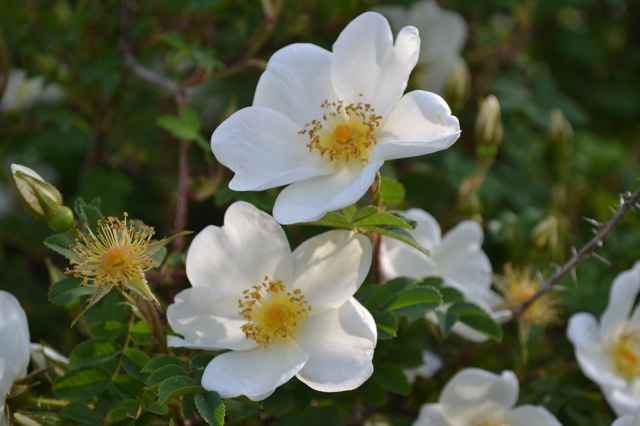 Filling the air with it's heady honey like perfume.
Delicious!

A multitude of choices

This time I will post about how I started out with
planting seeds.
Online I found different pages that promoted to "winter sow" seeds in milk jugs and just leave them alone
until you are ready to plant your garden.
Others praised to do your own cheap, neat,
"biodegradable" pots
made out of newspaper, or toilet rolls.

Well, I found all this intriguing and wanted to give it a try.
And that's what I found out about:
It is easy to prepare the milk jugs and pots for the seedlings. I sowed cabbage and kale, lettuce and yellow cosmos.
The first batch was sown February 19th.
A month later the plants were either there or not at all.
On May 15th I was not impressed at all.
The only seeds that thrived somewhat in the milk jugs
was cosmos.
The seeds in the newspaper pots did not thrive
because the pots did retain the water.
The tiny roots were not able to penetrate the newspaper
at the bottom of the pot
The paper did not disintegrate.
There is not enough room for the seedling to expand.
I had to peel off the paper to "rescue" the seedlings.
Ditto with the toilet paper rolls.
Seedlings in paper coffee mugs did way better.
Additional I also used paper coffee mugs.
Maybe I am clumsy, but needles to say, I won't use newspaper, toilet rolls or milk jugs any more.
I rather go back to my old way
of starting the seeds -
in seed trays. 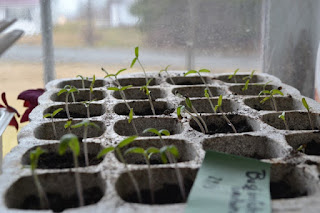 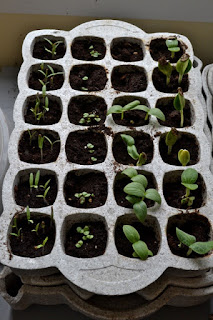 The water drains well, the seedlings thrive and are easily to be pushed out for transplanting when necessary.